There are some pretty abusable legendary creatures out there – Sharuum… Arcum… Meren. You know them, and you either love ’em or hate ’em depending on which end of the table you’re on. We decided to figure out which of these YOU think is the Most Busted Commander!

Over the next three weeks or so, you’ll vote and decide which is THE worst of the lot! Head to our Twitter page and vote now!

We will run the brackets, you will vote on each pair to decide which of each pair is the most broken, and at the end of the competition we’ll look at what makes the worst of the lot so bad. Here are the brackets: 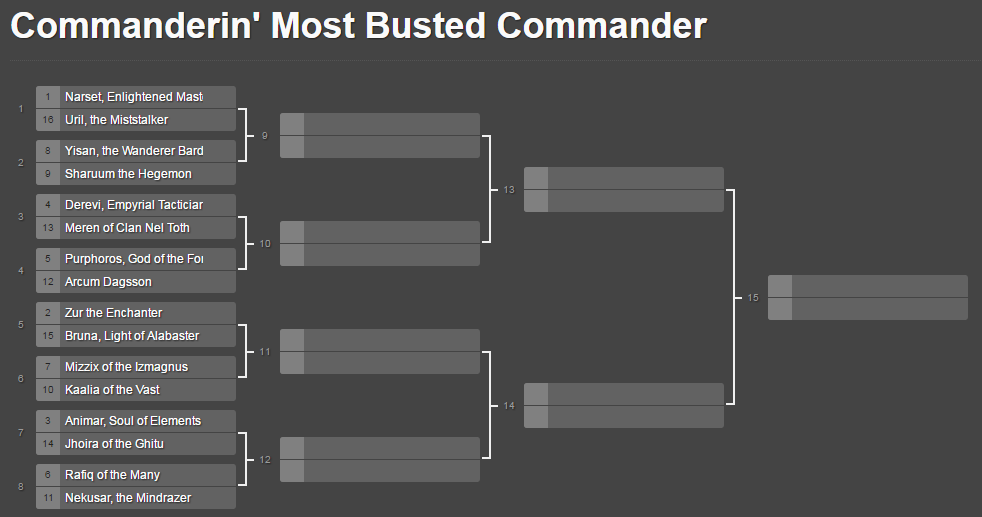 To choose these 16 worst of the worst, we asked our Patreon patrons and members of our deck-testing group to give us their top ten, and they could decide what “most busted” meant. After collating all that data, the hosts voted and that left us a nice clear set of 16 dastardly villains. Special thanks to: